How to get rid of mould in bathroom

We’ve been testing anti-mould paint. Like many homes in the UK we have black mould on the bathroom ceiling and walls. It’s horrible, unhealthy and unsightly. We tried cleaning the walls and ceiling (with a general detergent) but it keeps on coming back.

At this time of year (winter) the mould on our bathroom walls and ceiling is getting worse quickly. It’s a combination of not opening the windows after taking a shower or bath (and therefore the high moisture in the room) and the bathroom being on the north side of the house (and therefore very little natural day light in a cold and damp room).

After many years of cleaning the black mould spots ceiling and walls (only for the mould to come back) we decided to take a different approach to prevent mould in the bathroom - Anti-mould paint.

One year later and there is still no mould on the bathroom ceiling. The anti-mould paint worked! 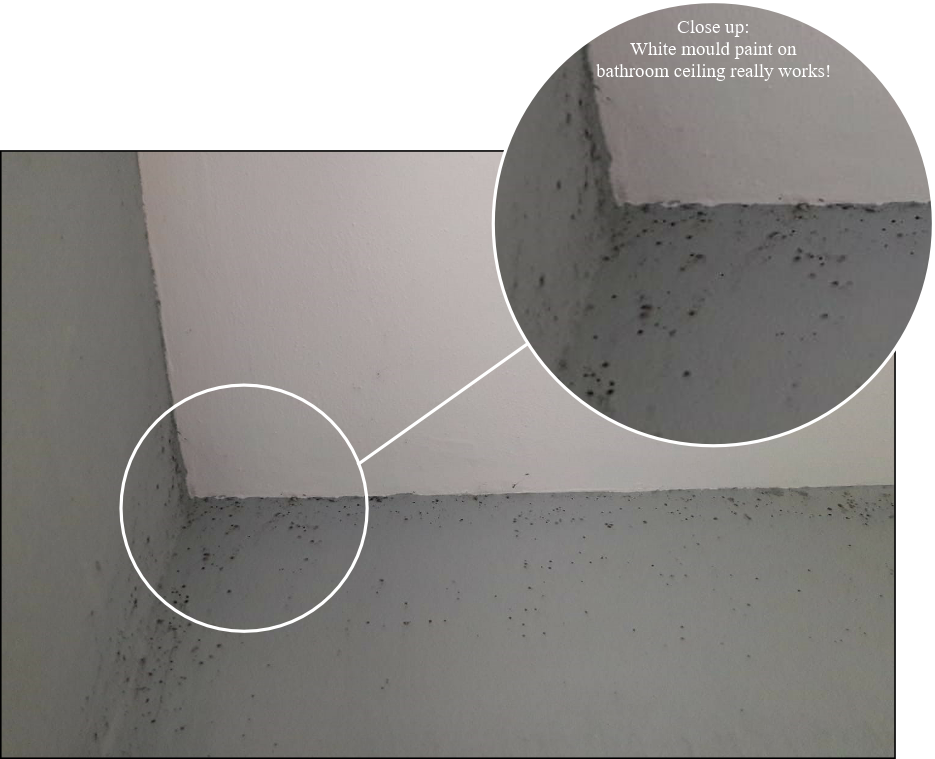 Here, you can clearly see the difference between the ceiling (anti-mould paint) and the walls (regular emulsion paint).

The anti-mould paint we used on the ceiling was Auro 344 High Grade Lime Paint. It is a highly alkaline paint (black mould hates alkaline surfaces). As you can see it has excellent anti-mould qualities. We used both a brush and roller to paint the ceiling (brush for the edges). It goes on transparent (which takes some getting used to) and dries to a brilliant white finish.

Other high alkaline or anti-mould paints for interior walls and ceilings are:

* Graphenstone Ecosphere (white and pastel shades) pH of about 13

We recommend wearing safety goggles when painting with Auro 344 and any other high alkaline paint. If the lime paint gets into your eyes it will sting and needs to be washed out quickly. Make sure you read the safety information on the paint tin and via this website.

if you have a similar or worse mould situation in your bathroom or above the shower, you might want to clean the walls before you paint with Auro 412 Natural Mould Remover. It's chlorine free and comes in a easy spray dispenser.

One other thing we would recommend for damp rooms and rooms adjacent to showers and bathrooms is a dehumidifier. The are great for removing excess moisture in the air (especially in winter and colder months when you do not want to open windows for long periods). You can even use the collected water in your steam iron as it is condensed water and therefore distilled water!