Posted by Celtic Sustainables on March 20, 2019

How Airlite helped to reduce Pollution levels in Rome

When Massimo Bernadoni discovered a concrete based formula that was capable of neutralising polluting molecules in the air, he dreamt of turning it into a product that was accessible enough for anyone to use. For the next few years he worked hard on his discovery and in 2005, came up with a form of paint that was capable of providing not only the same air neutralising properties but also the ability to keep itself clean – Airlite was born.

How it works: When air flows over Airlite paint in the presence of UV light, it generates photocatalytic activity which neutralises many of the pollutants in the air. This, in combination with water molecules in the air, also creates an invisible film on the painted surface which in turn prevents airborne dirt and bacteria from sticking to it, therefore keeping it clean.

As is often the case with new ideas, Bernadoni’s paint was met with lots of scepticism to begin with but undeterred, he pressed on determined to demonstrate its environmental benefits. Finally his persistence payed off and after much discussion and negotiation with the City of Rome, Bernadoni secured agreement to test his Airlite paint in a real environment – the busy Umberto Tunnel.

Built between 1902 and 1905, the Umberto Tunnel connects Piazza di Spagna with the via Nazionale. It was originally built to improve the circulation of traffic in the centre of Rome but over the years, as traffic levels grew, it eventually became known as one of the most polluted places in the capital.

What a great place to put Airlite to the test!

In August 2007, renovation work began on the Umberto Tunnel. The old outdated lighting system was removed and the tunnel was cleaned from top to bottom to remove all the soot and grime that had built over the years. 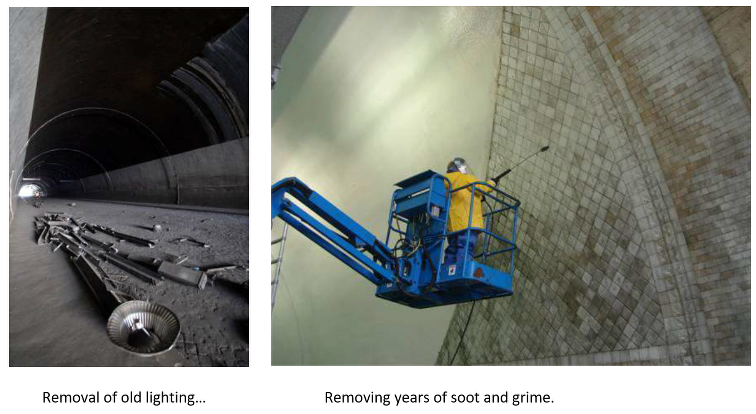 Next it was then painted with an initial coat of primer followed by a coat of Airlite paint.

Finally, a new and improved lighting system was installed to give better visibility to drivers and pedestrians and all importantly, to provide the essential UV light required to activate the photocatalytic properties of the paint. 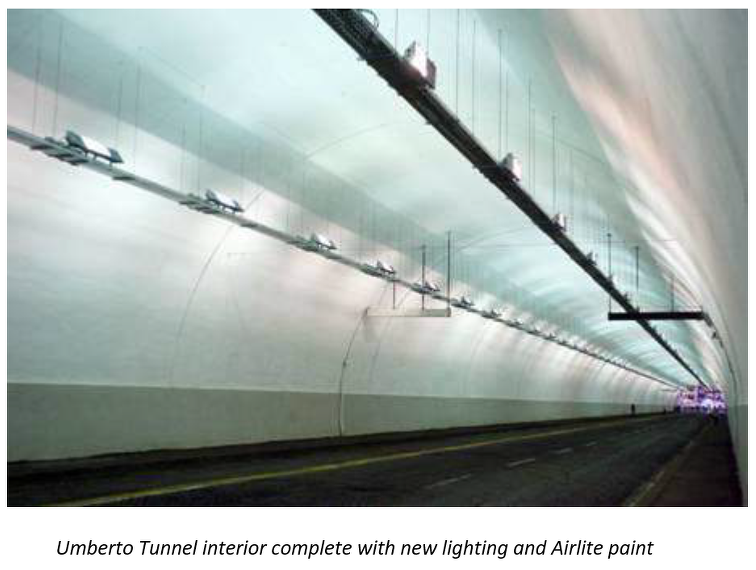 The test approach and monitoring strategy were agreed with the Department for Environmental Activities in Rome before it began.

Testing consisted of taking the following measurements both before and after the tunnels renovation and comparing the resulting data, to evaluate the effects (if any) that Airlite had on the levels of pollution present.

The following points were noted:

The volume of traffic in the tunnel remained consistent during the test period - the average number of vehicles passing through the tunnel during the monitoring periods before and after renovation were found to be the same (approx. 1100 vehicles per hour).

Light levels in the tunnel remained the same during the test periods – average light levels were found to be consistent both before and after renovation. 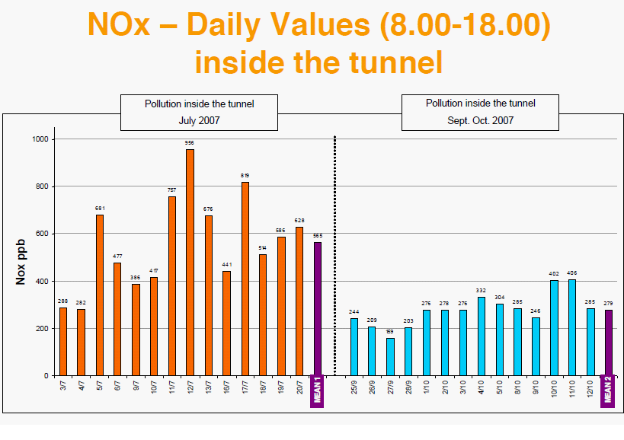 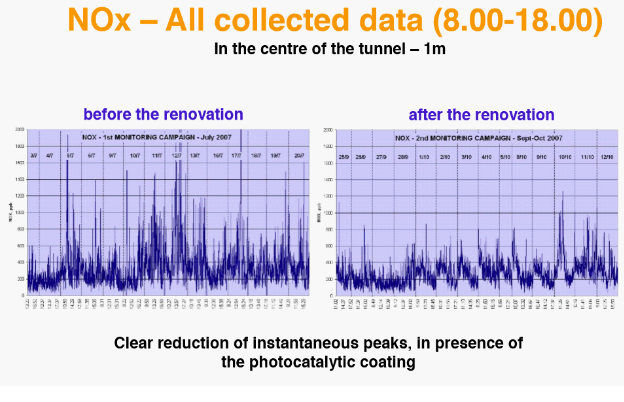 Clean Air in Rome: Umberto I Tunnel from Airlite on Vimeo.

Read more about Airlite Paint and the Tunnel on Science Direct: Photocatalytic performances in a city tunnel in Rome: NOx monitoring results (open in  new tab).